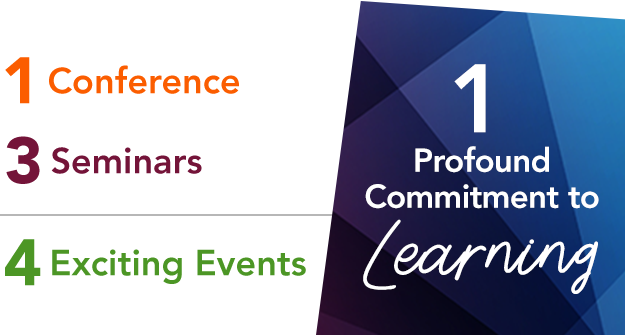 Leadership, Innovation, Inspiration
“The best way to predict the future is to create it.” Abraham Lincoln. Now is the time to focus on the leaders and innovations moving us toward a better future. Join us on March 6, 2023, and be inspired by thought leaders, game changers and inventors across the landscape of science, technology, medicine, education, the arts, exploration, and more.

20+ speakers • 10 important topics • 1 incredible day
All are leaders. All are innovators. All will inspire us.

March 6, 2023 at the Arthrex One Center in Naples, Florida.
The theme for the 2023 Imagine Solutions Conference is Leadership, Innovation, Inspiration. These three words frame what is important as we look to the future across a landscape of critical, impactful, and inspiring topics.

Leaders guide and influence our most important issues and topics. Throughout the conference we will meet the top leaders in a variety of fields and answer the question on everyone’s mind: where will our next generation of leaders come from?

To continuously move forward, our society must be innovative. We believe the most important innovations are in the fields of science and technology. A year ago (2021-2022) we created the concept “Awaken America to the Excitement of Science and Technology.” In our second year of the national program (2023) we will bring breakthrough topics that include a world-changing geneticist; a mycologist leading the development of medicinal fungi; a neuroscientist and pioneer in brain–computer interfaces; a world-renowned biochemist and founder of Impossible Foods; the science leader in regenerative medicine renowned for creating the first “personalized heart”; ending blindness – a professor of Ophthalmology whose research developed breakthrough gene therapy for retinal diseases; the leader of NSF who provides over $8 billion each year to fund basic science research; and so much more.

Storytellers and the messages they share can make us laugh, cry, well up with pride, and move to action. This is the core of the 2023 Imagine Solutions Conference. Each presentation will bring a different reaction or an idea that reaches you at your core. A relevant session this year will address civil discourse. A visionary will inspire us with the word’s first underwater marine laboratory. An American fiber artist will wow us with her skyscraper-sized public art instillations. A private citizen will share how he singlehandedly is leading the restoration of Mozambique’s famous Gorongosa National Park.

Throughout this inspiring conference, each speaker will bring alive these three words as we frame leadership and what is important to a bright, innovative, and inspiring future.

Join us March 6 for Imagine Solutions Conference 2023. Our line-up of speakers will change and grow as we near the conference date.

Follow The Money
Drew Sullivan, is a social entrepreneur and co-founder and publisher of OCCRP. He founded the organization in 2007 with Paul Radu and helped pioneer the model of cross-border collaborative investigative journalism.

Co-founder and Publisher of OCCRP

The world’s most corrupt officials and tycoons easily loot, launder, and hide stolen money resulting in global inequality, the rise of extremist groups, and the decline of democratic institutions all over the world.

“Crime and corruption account for 20% of the global economy. It’s really one of the most destructive things on earth.” – Drew Sullivan

Since 2011, OCCRP’s investigations have: contributed more than $7.5 billion in fines levied and monies seized; resulted in 129 resignations or firing of corrupt officials and individuals; and led to more than 582 arrests.

OCCRP has become one of the world’s largest investigative reporting organizations, generating more than 60 cross-border investigations per year.

Drew Sullivan, is a social entrepreneur and co-founder and publisher of OCCRP. He founded the organization in 2007 with Paul Radu and helped pioneer the model of cross-border collaborative investigative journalism.

Prior to 2004, he founded and edited the Center for Investigative Reporting, the leading investigative center in Bosnia-Herzegovina. Under his direction, OCCRP has won numerous awards, including the Daniel Pearl Award, the Global Shining Light Award, the Tom Renner Award for Crime Reporting, the European Press Prize, and the Skoll Award for Social Entrepreneurship. OCCRP’s work on the Panama Papers with the International Consortium of Investigative Journalists won a 2017 Pulitzer Prize in Journalism. Previously, Drew was an investigative reporter for The Tennessean newspaper and the Associated Press’s Special Assignment Team. He has served on the boards of Investigative Reporters and Editors, the National Institute for Computer-Assisted Reporting, and Arab Reporters for Investigative Journalism.

Before becoming a journalist, he was a structural dynamist on the space shuttle project for Rockwell Space Systems. He has a degree in Aerospace Engineering from Texas A&M University. He has also been a professional standup comedian, acted in four films, and plays bodhran in the only authentic Irish/Celtic band in the Balkans.